WHICH HOUSE WILL YOU SERVE? 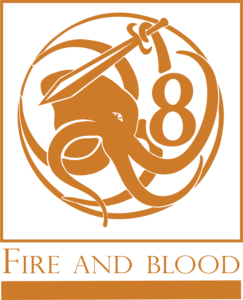 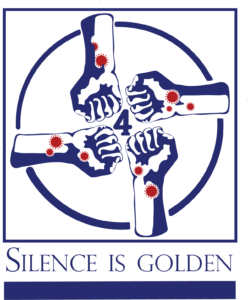 QUESTION A: What are the peer-reviewed publications that describe the association between low ratios and clinical outcomes in HIV infected patients?

QUESTION B: What are the peer-reviewed publications that describe the association between low ratios and clinical outcomes in non-HIV infected patients?

2.The immune-risk profile is associated with age and gender: findings from three Swedish population studies of individuals 20-100 years of age. Wikby A, Månsson IA, Johansson B, et al. Biogerontology. 2008; 9:299-308.

QUESTION C: CD8 T cells also do good things. Why are you putting them in a bad light? And who is LittleFinger?

“ All models are wrong, but some are useful“ – Maester George E.P. Box

We are just trying to have fun and highlight the emerging data about the CD4/CD8 ratio’s importance.  CD8s may do some “good” things, but clinical data suggests the when CD8 cells outnumber CD4s too much bad stuff happens.  We welcome criticisms and suggestions (especially if you know who LittleFinger is) but please understand that things in GRR Martin’s books are slightly different than the show and things will be different here as well. (Sorry no pornography here).

QUESTION D: What is the peer-reviewed data that ratio recovery is associated with a low HIV reservoir?

ANSWER D: The strongest evidence comes from a recent paper by Taisheng Li in BMC Infectious Diseases, in which they compared the cell associated HIV DNA in patients on therapy between 2 different matched cohorts, one with very low levels and one with higher levels. A higher CD4/CD8 recovery at week 96 was the only factor they examined that was associated with the difference in reservoir size. Speculation about a relationship between ratio recovery and reservoir size though dates back almost 2 decades to a case report co authored by none other than Dr Anthony Fauci himself. At that time it was quite uncommon to see a patient with a recovered or normal ratio, while now it is more common.

QUESTIONS E & F: How do we know the ratio changes with age and by sex chromosome? If male ratios are different than female ratios, why doesn’t my clinical lab give two different normal ranges like they do for hemoglobin?

Good questions! Both human data (Ho PC, Tang GW, Fu KH, Fan Mc, Lawton JW.  Immunologic studies in patients with premature ovarian failure.  Obstet Gynecol. 1988 Apr; 71(4):622-6)   as well as mouse data (Shao MJ, Zhu YJ, Qiu YE, Hu M, He YQ.  Changes in the Level of Immunoglobulins and CD4/CD8 Ratio in Young and Aged Mice with Estradiol Deficiency.  Immunol Invest. 2017 Apr;46(3):305-313) demonstrate evidence that both age and sex can alter what is “normal”. That said, the overlap between males and females is extensive.  The best estimates we have seen is that the ratio in fertile women is only ~ 0.1 or so higher than the ratio in men.  This poor understanding of “normal” clearly has hampered the clinical use of CD4:CD8 ratios for anything other than as a HIV biomarker.

QUESTION G: Is there peer reviewed literature on abnormal CD4:CD8 T cell ratios in other diseases unrelated to HIV?

Not as much as we would like, but yes. Probably the strongest data is from Sjoogren’s Syndrome, which is both a B cell disease and a T cell disease, with general T cell lymphopenia, mainly in CD4 cells, and CD8 infiltrates in the exocrine glands. Please see this review:

Impact of CD4 and CD8 dynamics and viral rebounds on loss of virological control in HIVcontrollers.

CD4:CD8 ratio comparison between cohorts of HIV-positive Asians and Caucasians upon commencement of antiretroviral therapy.

A Low Peripheral Blood CD4/CD8 Ratio Is Associated with Pulmonary Emphysema in HIV.