The Targaryens are a powerful, dominant house in the Game of Thrones (GoT) world. They ride dragons and conquered a whole continent. Yet 400 years before the start of the events in the TV show GoT, the Targaryens were but one minor house of the many glorious houses of Valyria. The empire the Valyrians commanded was most dominant empire of any before or after them. Perhaps it was so dominant because it arose fairly early in the written history of Esos. The city of Valyria is also said to be sustained by 14 Flames or smoldering volcanoes which might have added to theirreputation. Regardless, unless you are a true GRR Martin fanatic you don’t really need to know much about this forgotten Empire that suddenly was destroyed by a cataclysmic event shortly after the Targaryen house abandoned their fabled home city.

“An event that came to be known only as ‘the Doom’ laid waste to the Valyrians, their capital city, and its surrounding lands. The peninsula itself was shattered, becoming what is now the Smoking Sea. Every dragon was thought to be lost… as were the Valyrians’ spells, knowledge, and recorded history. Thus, the mighty empire collapsed.” 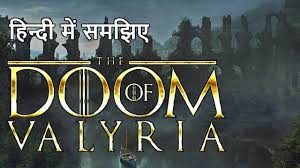 An event almost as consequential for the immune system as the Doom” is the loss (termed “involution”) of the thymus. The thymus is often forgotten, but long ago the ancient Greeks felt θύμος (thumos) was the seat of the soul. The thymus enlarges during development, and atrophies at puberty. It may actually be the most active before birth. Medical students are taught newborns have “wimpy” immune systems, but in fact intense training is occurring as T cells learn who to distinguish self from nonself, and “friendly microbiota from foe”. While other organs, are growing, the thymus is shrinking. The thymus reaches maximum weight (20 to 37 grams) before puberty and is easily distinguished on a CT scan of the chest throughout the teens. It actually has 2 fairly precipitous declines just before puberty and again around age 20, and radiographically it has essentially disappeared by age 26. There remains a remnant though and Medicare patients (over age 65), have less than a third of their former “thymal” glory. By this time the thymus is mostly fat with only a few cells still able to “instruct” T cells as immune guardians. CD4:CD8 ratios above 1.0 become less common. If a human child has chest surgery, the thymus is sometimes removed since its “work” is done, and there are not clear problems caused by removing the thymus. Interestingly, though if a pre-adult mouse’s thymus is taken there are resulting lymphocyte deficiencies and premature mortality.

Bless you my sweet summer child that you are still reading. You are probably dreaming of glory and tournaments and have no idea why I’m making a forced analogy between a forgotten, ruined empire, and a mysterious, rarely discussed organ whose best days are over before breasts even bud. The reason is that having even some residual thymus tissue as an adult makes true immune recovery much easier (*). It turns out the volume of the thymus measured by CT scan correlates with better ratio recovery in people infected HIV. It may not be surprising that CD4 recovery is easier with a thymus, but CD4 recovery on HIV therapy happens fairly well eventually, regardless of how much thymus a person has. CD8s returning to a normal range is much less likely, less predictably, and more mysterious. Why does residual thymal tissue have a “calming” effect on CD8 cells? In the paper, there is not much speculation on this and I’ve asked a few “Maesters” who actually have forged links in immunology and mostly been told that magic is a thing of the past (if it ever existed). Perhaps having a supply of new, naïve CD8 cells, keeps the older ones from going “rogue” too much. Another thought (Thanks to soon to be Maester Sharma) is that while the “fires” of the thymus are exhausted just as those of Valyria, the environment may still hold some scrap of knowledge. Likely childhood infections and other factors alter how fast the thymus disappears. For example autopsies of children have revealed dptheria infections causes an exhausted and shrunken thymus.  The big question is here is could restoring the thymus post-involution help HIV patient’s normalize their CD4/CD8 ratio? Perhaps even speed the decline of the HIV reservoir? Those questions will need more study and another season of Game of T cells.

12 thoughts on “No. 6 When your thymus involutes, is this the functional equivalent of the Doom of Valyria?”