Sorry been off rowing (see Gendry) for so long, but I’m back with a nonHIV blog post about things that have been published to change the CD4/CD8 ratio. If you are a new to this blog then the sentence above likely made almost no sense, so brief intro. The immune system works best when there is defined ratio of cells that do different jobs. Here we most talk about optimal ratios of different T cells since this has been the most studied but there is likely an “optimal” ratio for other cells (B cells, plasma cells, monocytes) that is just as important as the absolute number perhaps more so. Within T cells the most defined ratio is that there is “normally” approximately 2.5-1.5 more CD4 cells than CD8. When this ratio is disturbed too much the immune system can’t respond to vaccines and challenges appropriately. This blog is a fun (for me) way of highlighting research into how medications, diseases and the environment can change the ratio and hopefully how optimal ratios can be restored. The classic example is HIV which dramatically lowers the ratio and sometimes even suppressive antiviral therapy doesn’t restore a proper ratio but those are different stories. Today’s post is on connections between lung function and the CD4/CD8 ratio. 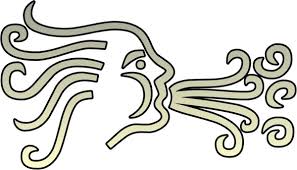 On a simple level one might assume good lung function is needed for an optimal immune ratio. Poor lung function could either have no effect, decrease the ratio, or increase the ratio. Life is not simple though. Xie1 et al recently studied ~80 patients, half with no sleep apnea and half with, both males and females. Those with sleep apnea had slightly higher ratios of ~2.1 vs ~1.4 in the control group. Moreover, there was a correlation between ratio and the lowest O2 saturation suggesting the severity of apnea was driving the ratio higher. Other studies have suggested CPAP will normalize this to some degree.

This is somewhat counterintuitive though as another type of lung pathology emphysema is associated with a lower CD4/CD8 ratio (although active smoking does raise the ratio see blog #16). The best data on CD4/CD8 ratio comes from multiple HIV patient studies where emphysema further lowers an already low CD4/CD8 ratio, but several smaller nonHIV patient cohorts also show a slightly lower CD4/CD8 ratio with emphysematous lung disease, particularly when the cause of the emphysema is not smoking but alpha-1-antitrypsin deficiency2. Why would the ratio go up with one type of lung pathology/ inadequate oxygenation while the opposite direction in different poor oxygenation state? All sorts of possibilities exist including that there is an accumulation of CD4s in emphysematous lungs that doesn’t occur with sleep apnea, that the sleep apnea changes are more circadian and therefore alter the immune system in a different way, or their episodic nature triggers other factors. It is a mystery like so many things in the immune system and Game of T cells but slowly research data are emerging.