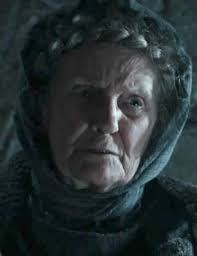 story of each type but the reason You the villain in the 2nd type of Scary story is much harder to pin down. It is subtle and eats at you but hard to see and name.

Most of you summer children reading this blog no nothing about fear. You do not remember the long night of untreatable HIV anymore than the people of The Thrones world remember their Long Night. The HIV long night was a time when parents either buried or worse sometimes abandoned their children who were dying of a mysterious disease. In 1993 alone before we knew how to fight HIV 42,000 young people died of HIV in the US. Fear ruled the land. Fear is for untreated HIV.

The Game of Thrones Long Night was the last time White Walker’s roamed the land and Always Winter covered most of the known world. In the Westeros land of the Throne’s world, the Night’s Watch is a diverse coalition of “volunteers” manning a Wall that is meant to protect the rest of Westeros from demon zombies that bring the cold. While jilted lovers and condemned criminals still “volunteer” for the Night’s Watch, in truth at this point in the show the wall is poorly manned and this force is more of a joke than true protection. Things are not “as” bad as that in the Game of T cells, but what I would like to focus this blog is on effect of age on the CD4/CD8 ratio. All things decay but some things go bad before other things do.

A 2015 open Access study by Dr Moises Bauer and colleagues (http://www.sciencedirect.com/science/article/pii/S0008874915001094?via%3Dihub) has begun to dig into the details into how decay occurs and at what point normal “turn-over” in the Night’s Watch can worsen and lead to the abandoning of whole forts. They identified “healthy” subjects over age 60 with inverted CD4:CD8 ratios (more CD8s than CD4s). As expected this is an uncommon, a little less than 1 in 5 people. Just as in other studies an inverted ratio occurred ~2x as often over age 60, then under age 60, and more often in males than females. The new insight from this study though was that they further correlated an inverted ratio with markers of oxidative stress and the correlation was strong and independent of cultural/ genetic background. Oxidative stress is a field unto itself and thought to be a contributor to many types of aging related pathologies, but it isn’t usually studied as an immune phenomenon. When reactive oxygen levels get too high DNA mutations occur. Reactive oxygen and resultant mutations are early events in cancer, Alzheimer’s, Parkinson’s, heart disease and many other slow chronic diseases.

2 thoughts on “No. 3 Old Naan’s scary October stories: Aging in the Game of T cells:”