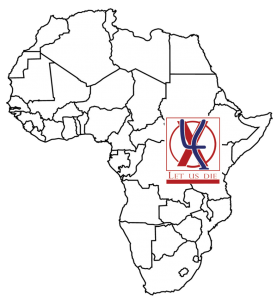 Hello sweet summer children! Regular blog readers know better immune understanding leads to better battlefield decisions. Our goal here is to highlight new findings, point out intelligence gaps, and ultimately deploy therapies that restore healing and balance to injured immune systems. We actually have a lot of therapies to attenuate the immune system if it is “over-heated” for a situation. We have vaccines that strengthen the immune system against specific threats, but we have few to no drugs that can repair a damaged immune system overall, regardless of which enemy tries to jump you as you wander down the King’s Road.

There is a burning mystery in the Game of T cells. What if we someday develop the ability to drain the HIV reservoir, will that allow the immune systems of People Living with HIV (PLWH) to suddenly, magically heal, or will those immune systems stay damaged and leave the person susceptible to many chronic illnesses?  This is an impossible question to definitively answer at the moment but the question may still be worth pondering as an aspirational goal. For today, I just want to highlight an important paper that suggests that the size of the HIV reservoir is different in your “average” American Person Living with HIV, from that of your “average” African Person Living with HIV, even with both populations on antiviral therapy.

The study had modest goals and was really a compilation of data from two sites; both of which have been providing new insights into HIV for years.

This study compared 70 virologically suppressed patients from Uganda with 51 virologically suppressed patients from America (Baltimore, really). Now, perhaps the real take-away from this paper, which dramatically increases the number of people world-wide that have had a quantitative Viral Outgrowth Assay performed, is that everyone, whether American or African, has a detectable reservoir despite being on HIV therapy for many years. However, the variability was large and reservoir size alone would NOT allow one to simply “label” a reservoir sample as “African” or “American.” 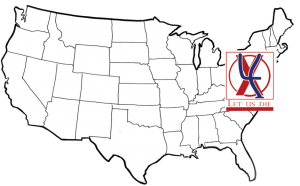 Since this assay is “quantitative” though, the author’s compared the reservoir from an African PLWH to that of an American PLWH, and surprisingly found that they were of similar overall size though the “American” reservoirs averaged slightly larger than the “African” reservoirs. To me, initially this is quite surprising as one factor associated with high reservoirs was “immune activation” and one might assume that the “hyper-sterile” laundry room environment of Baltimore was an easier place for one’s immune system to relax than Uganda, but in reality, the reservoir size didn’t reflect that concept. Maybe a better comparison is between PLWH who have to rely on the water in Flint Michigan versus those who rely on the water in Hollywood, but that would be a different study.

However, there were many differences between these two groups that could possibly account for this. One important difference was that the American cohort has already been the subject of three papers and some subjects had reservoirs measured over years, so there is likely higher confidence in both the size of the reservoir as well as how fast it was decaying. The Ugandan cohort comes from the famous Rakai clinic and is also very well studied, but as the authors state, this was a single time point cross-sectional study so exactly how long each person was infected could only be estimated. In other words, if this small difference was “real” it could have been the reservoir never gets as large in the typical African patient, or it shrinks faster on therapy. Since our only real reservoir data from Uganda is cross-sectional, we will have to wait for longitudinal studies before drawing too many conclusions. Several other differences exist such as most American patients acquired their HIV through injection drug use or via Male:Male sex while most Ugandans likely acquired the infection via a heterosexual route. Also, some American patients were on the newest class of medications, Integrase Inhibitors, which theoretically might be better at blocking the establishment of reservoir cells, but no actual data really supports that yet (this might argue that the Prodger study is underestimating the “real” difference between American and African reservoirs independent of treatment).

Finally, an interesting difference which was statistically “insignificant” compared to the African-American comparison was that women on therapy had a smaller reservoir than men. Again, the statistics of the study suggested this subtle male:female variation did NOT explain why the Ugandan reservoirs were smaller on average than those from Baltimore and may not have been “real”, but since no single explanation is likely to explain it… we will need more studies. Hot off the presses though was a study that will be the subject of an upcoming blog Das et al, PNAS suggests that estrogen receptors alter the development of an HIV reservoir in their much smaller study of all American patients. In the comparison of 6 males PLWH on treatment to 6 female PLWH the reservoir was different with females having a smaller reservoir. So to conclude despite some tantalizing data from small studies of Americans, Africans, Men and Women….we know NOTHING about the reservoir for sure.