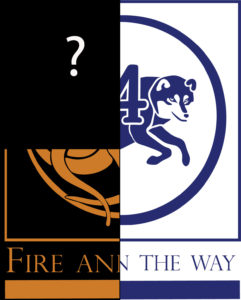 Hello sweet summer children! Back in dark days of HIV, no one would have believed that a patient dying from HIV would have enough “fat” in their blood to have a heart attack. How things change. Now that People Living With HIV (PLWH) are doing well, it is fairly easy to design studies that show under certain circumstances PLWH do have more serious adverse events including heart attacks, than people without HIV. Regular readers of this blog will not be surprised to hear heart attacks and other cardiovascular events occur more in PLWH who have low CD4/CD8 ratios than PLWH with higher CD4/CD8 ratio, often ratios less than 0.5 (2x more CD8s than CD4s, are common even in PLWH who have on successful therapy for years.) That said studies on biomarkers associated with bad things are more common then marauding solders in the country side and even less predictable. Biomarkers that suggest badness in HIV may not suggest badness for cardiovascular disease. Chronic inflammation/ immune exhaustion happens to be on both lists but is often measured in different ways. Other general areas represented by biomarkers include “hypercoagulable state” (too much blood clotting), too much cholesterol, insulin resistance and others. Perhaps some reader/ contributor should suggest a House of Coagulation, because things that make blood “thick” and sticky also correlate with bad things. Coagulation is important in many diseases but often overlooked, and even some well controlled PLWH have for example high D dimers, a measure of “sticky blood” (forgive me I’m a humble infectious disease doc, who barely passed hemotology and cardiology).
Now that the “set-up” is over with I want to highlight a groundbreaking talk at CROI 18 (Conference on Retrovirology and Opportunistic Infections) this year by Dr. Jason Baker of Hennepin County Medical Center in Minneapolis. BTW while Dr Baker works in Minneapolis, he is a proud Badger Alumni, both of undergrad and UW Medical School. If you want to skip my summary with dorky GoTc references…just go here to the 14 minute talk here (http://www.croiwebcasts.org/console/player/37173?mediaType=audio&&crd_fl=0&ssmsrq=1520498479242&ctms=5000&csmsrq=5012 ) and Dr Baker will tell his own story.
If you want my summary/commentary read on.
Briefly, Dr. Baker wanted to know which biomarkers in PLWH were most predictive of bad things that happen to PLWH. To make this more useful he specifically tested if the “badness” associated with various biomarkers were less likely to happen IF the patient was on antiviral medication (called Percent Treatment Effect). He was able to do this in a subset of ~4000 individuals of a very unique cohort of ~ 4600 patients from the START trial. In this global cohort 50% of the subjects were treated as soon as they were diagnosed with HIV and 50% had treatment either deferred 6 months or until their CD4 cells fell below 500 which ever came first. (A subject had to have a CD4 higher than 500 to get into the trial). They found a few interesting things. One of the important one was that CD4/CD8 ratio outperformed all other markers. Since all subjects were above a CD4 over 500 it is not that surprising that the ratio outperformed CD4 but the ratio also outperformed CD8 alone. More surprising was that each of the 3 best markers CD4/CD8 ratio, IL-6 and D-Dimer had some predictive value and each were additive and therefore somewhat independent of each other. If you add all 3 biomarkers up including ratios over 3 years then you can “explain” 50% of the Badness that treatment prevents. So you really need a “mixed heritage” of the ratio + other inputs to understand and change the risk of badness, just like Jon Snow is a mixed heritage Targaryen/Stark mutt.
One small technical note is that T cell biomarkers, such as CD4 count, CD8 count and CD4/CD8 ratio were collected fairly often, while more “exotic” biomarkers, such as the cytokine IL6 and D –Dimer were only measured at study entry and 8 months into the study, As an aside, this admittedly gives a small edge to “routine” biomarkers, since they were measure more frequently in the patients than their “competitor, non standard of care” biomarkers (IL6 and D dimer). To the authors credit though they did analyze this effect and even when the extra T cell count data was “removed” so that no time points beyond those in which IL6/D dimer were used, the ratio effect was still as strong as that of IL-6/ D Dimer. The ratio is something fairly routinely measured in PLWH, unlike IL-6 and D –Dimer, so many groups probably already have a lot of useful information on what clinical situations lead to improving ratios and what do not. Hopefully this will be the subject of future blogs.

Why do I call this study “groundbreaking”? Well since these subjects all had CD4 counts above 500, the ratio deviations from “normal” were relatively small. Most of the studies that have shown “value” of the ratio are in PLWH whose ratio has fallen to less that 0.5 and sometimes as low as 0.1. Since a “healthy ratio” is at least >1 and more likely 1.5-2 these are pretty extreme ratios. We will likely have to wait for the full peer reviewed publication to see how close to “normal” the ratios of these high CD4 START participants is but this study shows even small trends below normal at least in PLWH can be significant. I will admit that because these patients were fairly healthy there were not a lot of “bad events”, less than 100 would have been prevented in this cohort of patients who had the biomarkers done if everyone, rather than only 50% would have started therapy immediately. Still since the ratio was collected in more START participants then just those who also had IL-6 and D- Dimer, it should be possible to confirm these associations in the broader START trial and other cohorts.

Before I go I need to give a special “Shout out” both to Dr. Baker himself, as well as an excellent Infectious Disease pharmacist, Sheryl Dezellem and connoisseur of pop culture/ Game of Thrones for coming up with a way for me to make an obscure, but hopefully fun connection from Dr. Baker’s data to the Game of Thrones/T cell worlds. Valar Morghulis everybody!

4 thoughts on “No. 9 Can a mutt sniff out badness about to happen in People Living with HIV?”