Hello GoTc blog readers! There is plenty of new papers and interesting angles on the CD4/CD8 ratio…but methinks I might be getting a little subtle and into the weeds so to speak. So, to be more clear and focused this entire issue is devoted to why this blog exists. I wish the reason is simple. Alas, like a GRR Martin novel, though, the reason this blog is exists is not entirely simple. There is a “central conundrum” though that I will get to at the end of this short blog so hold on. The “Simple” reason this blog exists is that more and more data points to the CD4/CD8 ratio as a more comprehensive measure of a well-functioning immune system then absolute CD4. The idea that low CD4 was indicative of a “weak” immune system, was probably never a great idea and certainly was “maximally clinically relevant” in the 1980s through the mid 1990s. Oh sure we still see People Living With HIV (PLWH) with CD4 counts less than 200, too many in fact, but now the length of time that a diagnosed PLWH is both viremic and has a low CD4 count is much shorter than it used to be.

A dramatically low ratio was one of the first things noticed about Gay Related Immunodeficiency Disease (GRID) as AIDS was first known.  Still the importance of the ratio over the absolute CD4 as far as I can trace it was first articulated in 1996 by an impressive conceptual paper with relatively little data1. “Maester” Amadori et al even identified a specific paper in 1989 that “turned the tide” from ratio to absolute (Taylor, Detels and Giorgi published in AIDS). It is likely pointless to rehash the best marker for a time that has come and gone. In the current era of antiviral therapy many PLWH

have perfectly normal CD4 counts but still have low ratios. It is clear that their immune system needs further healing.  Papers link low CD4/CD8 ratios to poor HIV outcomes are now as common as good guys developing a sudden hole in their plot armor.

Ways to more fully heal the immune system after HIV infection in ADDITION to taking HIV medication is surely a worthy blog, but to be honest I probably wouldn’t have created this blog if something else didn’t “tackle me” and put me over the edge.

That something else is a series of independent and frankly slightly obscure papers tucked into somewhat dark, most dust collecting reaches of the pubmed. I’m sure there are other supportive papers that I haven’t seen as this is not exactly the stuff that the New Journal of Medicine goes for…and my apologies to anyone who work I missed that have also linked the ratio and the reservoir.

Anyway, here they are:

3. In 2017 Yue et al conducted a case-control study to determine why some people have an “ultralow HIV DNA level”. They did HIV DNA tests on >800 patients from well-defined cohorts. As is always the case with HIV DNA much of this DNA is “noninfectious” but clearly lower is better. They identified the 21 persistently undetectable DNAs and then matched these chronically infected with 48 more “typical” detectable DNA levels, but still persistently HIV RNA negative. After multivariate analysis, only week 96 high CD4/CD8 ratio predicted ultralow DNA.

Possibility 2 and 3 might appear very similar, and they are. Still if the goal is curing HIV and #2 is true then the NIH’s famed theoretical “death ray” of “kick and kill” is the way to go. On the other hand, if #3 is most accurate then we don’t need to kill, rather to strengthen the immune system. We are both getting closer to an HIV cure, and still very clueless about how to recognize a cure when we get there.  A cure is a herculean task and dubious cure research wastes precious resources that could be applied to other research goals. To be systematic (do we need to study viral reactivation, immune strengthening, something else or all of the above) if we could eliminate some of the above possibilities we could be more focused. 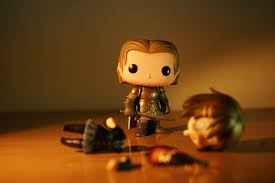