Ok dear readers I suspect you are tired of all the HIV centric blogs (issues 2, 5, 8-10 and 12-14), after all we promised epic battle across the known world. So, it is time we switch it up a bit. The whole reason this website exists is that when mammals face new exposures…the first to know about the new threat is the immune system. Now the immune system may take it in stride or freak out, but it will definitely react in some way. The immune system’s “little birds” are always gathering intelligence. Often, they do so in such a subtle way it is hard to even recognize that intelligence is being gathered. Some exposures are so common that they hardly seem like exposures at all, they are just part and parcel with living in today’s mega connected world. 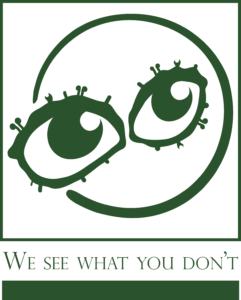 One of these extremely common exposures is to tuberculosis. It is estimated that approximately one third of humans on earth have been exposed to tuberculosis, and not just transiently exposed, but harbor a few infectious organisms, such that their CD8 T cells produce a high amount of interferon gamma when exposed to Mycobacterium tuberculosis antigens. But such a test called an Interferon Gamma Release Assay (IGRA for those in the know) is pretty technical, requires live cells, and those cells only give up the goods if they are persuaded in juuust the right way with juuust the right antigens from tuberculosis. Researchers from Stanford investigated if tuberculosis resulted in a less subtle but still inconspicuous changes that would not require exposing cells to antigens from tuberculosis. They found patients with “latent” tuberculosis had alterations in both T cells and B cells and specifically showed an increase in CD16+ Granzyme B+ polyfunctional cells which included NK cells, CD8+ T cells and gd T-cells.

Some of these cells are members in House Innate lymphocytes which we will be covering on our website (see logo above). While it is generally accepted that antigen specific immune changes occur in patients who see pathogens even if they are not sick, it is a surprise that such wholesale redistributions occur (hence publication in the prestigious Nature Journal) especially without first stimulating the lymphocytes with antigen. It remains unclear if the CD16+ NK cells described in this paper are of a recently described FcRg-deficient subset which are associated with robust memory-like responses against chronic viral infections2,3 like Cytomegalovirus, another common human infection which has longed been linked to CD4/CD8 ratio changes. It would be interesting to see if the emerging concept of NK cell ‘memory’ is applicable to chronic bacterial infections like TB, too.

Now a little more background on people who have positive IGRA (again ~ 1/3 of the human population). Generally, these people are asymptomatic (at least from the mycobacterial infection), never going to get sick from the few bacteria they harbor, and never going to pass it on to someone else. In other words, the immune system is winning and can handle things even though it is on “heightened alert”. In a minority of these people though over the next few years after their IGRA turns positive, the population of mycobacteria tuberculosis expands, and even gets to the point where they are infectious, usually by coughing the bacteria and passing it to others. Those people that are not diagnosed and treated then go on to lose weight, have fevers and eventually die by a someone slow, but inevitable process aptly called “consumption” before effective therapy was discovered. Additionally, some of these IGRA+ people though might get HIV (sorry it slipped in) take a Tumor Necrosis Factor (TNF) inhibitor for autoimmune disease, or have some other immune disruption, that allows TB to break free of the immune system and cause disease. The cool thing about the research from the Stanford group was that by comparing different human cohorts they provided evidence that people with latent TB that were going to develop symptomatic disease had markers of active inflammation in the blood and tissue and slow loss of NK cells which correlated with the immune system “losing control”. Furthermore, when people with latent TB or active TB where treated with antibiotics to reduce and hopefully eliminate live mycobacteria, this NK cell loss is stopped. Now with human studies correlation is easy, proof near impossible, but this appears to be a big advance. In the US we don’t test everybody for IGRA positivity, but we do test a lot of people who might be exposed and are likely never to have their immune system weaken to the point of getting sick (for example health care workers), because we are very afraid of the unpredictability here and we don’t want someone who has a few potentially infectious tuberculosis to become truly infectious and infect others. We often treat these ~10-20 “latent TB cases” with 3-6 months of medications that have side effects, in order to prevent a single person from actually getting to the infectious stage. This is not ready for “prime-time” but being able to monitor these cases and only intervene with therapy when it is clear that the immune system is losing would be a huge improvement in focusing our limited resources to do the most good. Tuberculosis is a major killer in this world and research like this is critical to ever conquering TB.